The best teacher is the own experience. We have a phrase in my country which means bluntly translated: "Testing is better than studying". That's why I started in 2011 a small backyard aquaponic system to get hands on experience. However, for me it was always important to combine theory with practice and I followed that rule throughout my entire theoretical education. In this way I gathered in more than eight years a substantial amount of knowledge and expertise.

In the following I would like to show you some projects that I did during that time. Enjoy!

In 2010 I started to research on my own what aquaponics and recirculation aquaculture was all about. First only theoretically and in 2011 I builded my first aquaponic system in the backyard of my parents. The results of that trial were already good but I saw a lot of room for improvements.

The ideas and thoughts from the season 2011 had time to develop and ripe during the winter time. In spring 2012 my ideas became reality and I updated the system.

The fish stock got extended with fish from my own breeding trial during the winter. I had the chance to breed with a natural colored Tilapia and a red Tilapia (O. niloticus). I crossed a "dark" female with a red male. This cross resulted in so called "Tiger Tilapia". At the end of the seaon 2012 I harvested almost 30kg finest fish and many pounds of tomatos.

In the same year I decided to build a school aquaponic system at the Berufskolleg Olsberg. The deal I made was like I build and pay the aquaponic system and in return the school pays the running costs and I could use the school laboratories for my own research.  The aquaponic project got succesfully integrated in the school schedule. It was operated for four years and during this time I teached every season groups of students in aquaponics.

In this season I wanted to try something new. Instead of using warm-water fish I decided to try a cold-water fish with - common carp or more specific, lether carp. I choosed this fish because it can handle a wide varity of feed and is quite flexible in the temperature range.

Unfortunately the fingerlings I got were in poor health conditions and came from a pond culture. This and technical problems resulted in a total loss of my fish stock.

As a result next fish were stocked at the end of the season in August. Again leather carp but this time from a RAS in superior quality. All fish survived the winter.

To ensure good and "healthy" water quality for the fish on a regular basis, water samples were taken and analyzed for physical, chemical and microbial parameters. The following pictures show partly the used test equipment. In the pictures from the laboratories you can see microbiology testings.

The start in the season was perfect. As mentioned before all fish survied the winter and were ready to grow. That year we had a very warm April which made an even better start possible.

Over the year 2014 the system delivered many pounds of beans and chard. Some small tomatoes were also included. For the fish I decided to wait another season to bring them on the table.

Almost everything went very well in this season. Fish and plants grew very well and powerful throughout the season. But then...

I got a call and it became clear that a (still) unknown person broke in the greenhouse and stole quite some equipment. Almost the whole system collapsed.

However, it was still possible to harvest many pounds of tomatoes and 12 kg of leather carp. And very little but super spicy chillies.

After that the school and I decided to stop the aquaponic project.

Regardless all the problems I faced in 2015 I continued in aquaponics.

I decided to make my bachelor thesis about an aquaponics related topic.

The title of my thesis was: Using waste water from aquaculture for hydroponics.

I took samples from different fish farms and analysed them in the university laboratories. There I depicted for each farm a nutrient profile. During the second part of my thesis I made a practical trial with tomatoes where I used different nutrient solutions. I used a standard in house nutrient recipe for hydroponic tomatoes, fish water only, fish water supplemented with nutrients and clean tab water.

This thesis gave me a deep inside of plant nutrition. Furthermore, I could identfy factors that are influencing the nutrient output of a fish farm and which elements are supplied from the fish and which not. 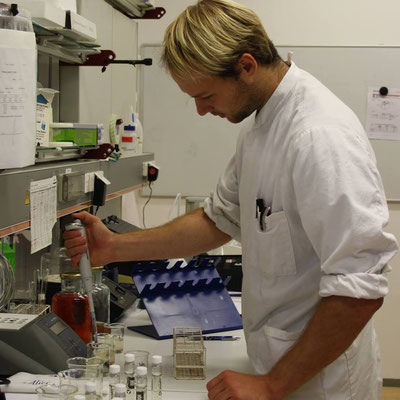 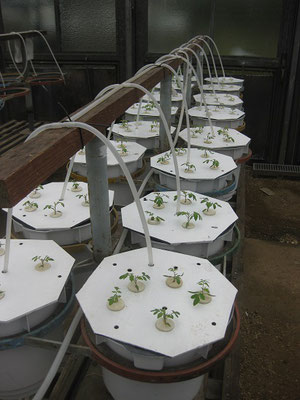 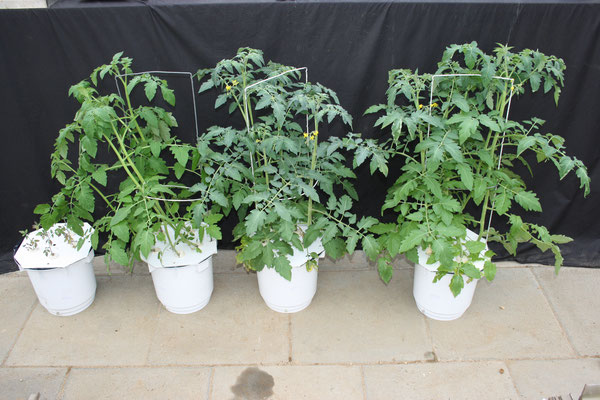 In August 2018 I started the Master program of "aquaculture and marine resource management" at the Wageningen University and Research. Here I extended my existing knowledge and complemented it with my other facets of aquaculture. Furthermore, the studies at this university focus on practical aspects but at the same time are closely connected to research. Next to that, teamwork in an international environment is highly emphasized on.

For my master thesis I selected a topic about sludge mineralization in RAS.

The degree will be achieved at the end of 2018.

Please find below my contact information in the event that you would like to arrange a meeting.